Pick up some of our paranormal mysteries or more horror-themed mysteries!

Tis the season for thrills and chills! 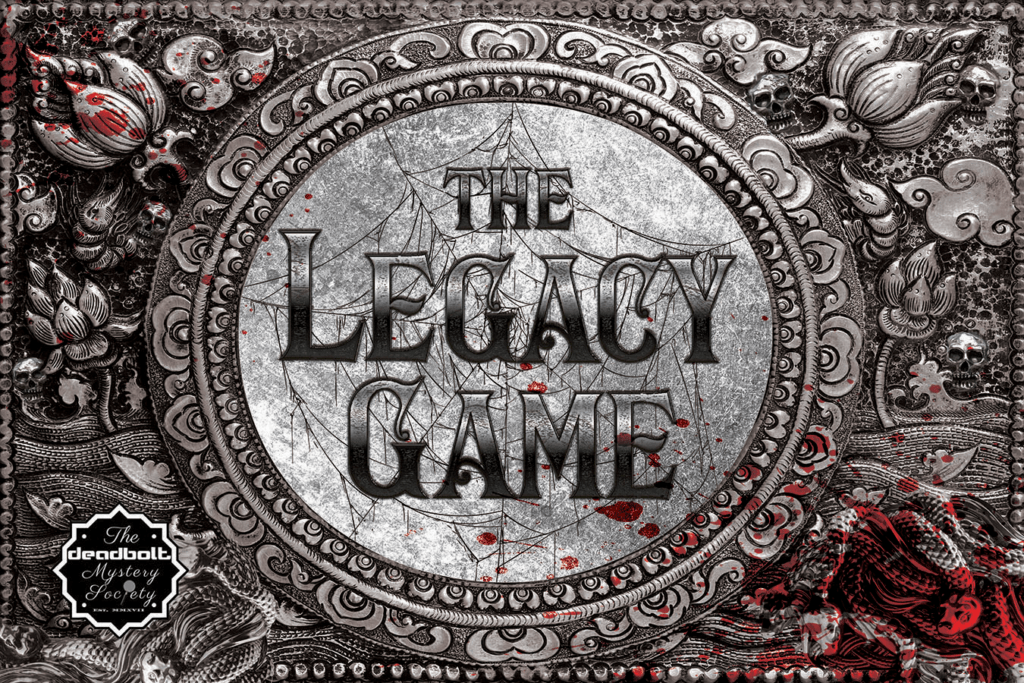 Subscriptions are taken from October 1 – October 31 at 6PM CST. Boxes ship during the first week of November.

Hillview Academy is the most elite private school in Valley Falls. Six of Hillview’s finest receive a mysterious invitation in their locker to participate in something called The Legacy Game. The game will begin promptly at midnight in the local cemetery at the gravesite of Jefferson F. Pritchard, which the letter describes as one of Valley Falls’ most infamous citizens. The invitation, sent from someone calling themselves The Headmaster, promises a life-changing reward for the winner. However, no one has ever heard of Jefferson F. Pritchard, and Hillview Academy doesn’t have a headmaster. What is The Legacy Game, who is The Headmaster, and what is so special about a dead man that doesn’t show up in any of the Valley Falls history books? Play The Legacy Game and find out!

The Deadbolt Mystery Society is a monthly subscription box service for lovers of mystery and suspense.

With your subscription, a new mystery box filled with puzzles, evidence, and interviews will be delivered to your door. Each box is a standalone mystery that requires no additional boxes to complete.

“The Deadbolt Mystery Society, the closest you’ll get to fulfilling your dream of being Sherlock Holmes, with a new mystery in a box shipped to you every month.”

What’s in a box 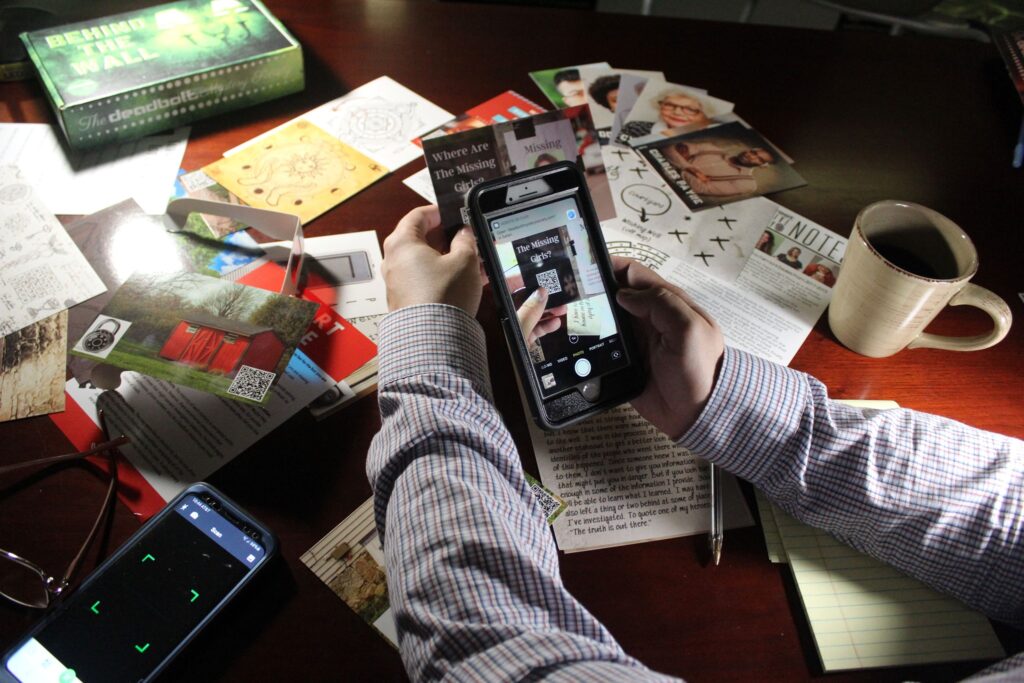 What’s in a box

There are 4 plans available for you to choose from: monthly, 3 months, 6 months, and yearly. With a subscription you will receive the newest monthly boxes. *We also have one-time boxes that can be purchased without a subscription component.

For all subscribers, boxes will be shipped in the first week of the month after you sign up. For example, subscriptions are taken June 1 – June 30 at 6PM CST. Boxes will ship during the first week of July. *If you want a box sooner, our one-time boxes ship within 2-3 business days of purchase.

Open your box, imagine that you are a consulting detective tasked with solving a particular case, and begin solving your mystery.

Pick up some of our paranormal mysteries or more horror-themed mysteries!

Tis the season for thrills and chills!

WOW! Simply wow! We LOVED this. What an awesome date night game! Perfectly put together, lasted a couple of hours. We were NEVER bored and guessing until the very end. We ordered Sanitarium as a trial and we are for sure going to be monthly subscribers! Thanks for the fun!

I’ve done many of these boxes and from my past experiences I have two favorites: this is one of them. It’s so immersive, so unique and intriguing. Real websites, Facebook pages, emails, phone numbers. It’s great. I love it so so much. Took us like five hours to complete. It was so great. The puzzles are perfectly puzzling. The information is so detailed. OMG it’s the best.

You will love it!

I love these boxes. I tried it because I was not liking hunt a killer or empty faces. I started with one box at the start of June. I now have bought 6 boxes and became a monthly subscriber. I have also had quick feedback on any questions that I have had. I like that there are hint files and solution files in case you need a push in the right direction. I would give this company a try. I have loved all the boxes I have tried so far.

Should you buy? YES YES YES

I absolutely love these boxes! Each month is a new mystery and it’s very escape room like but you actually get more of a storyline as you go through! Can’t wait til next month!